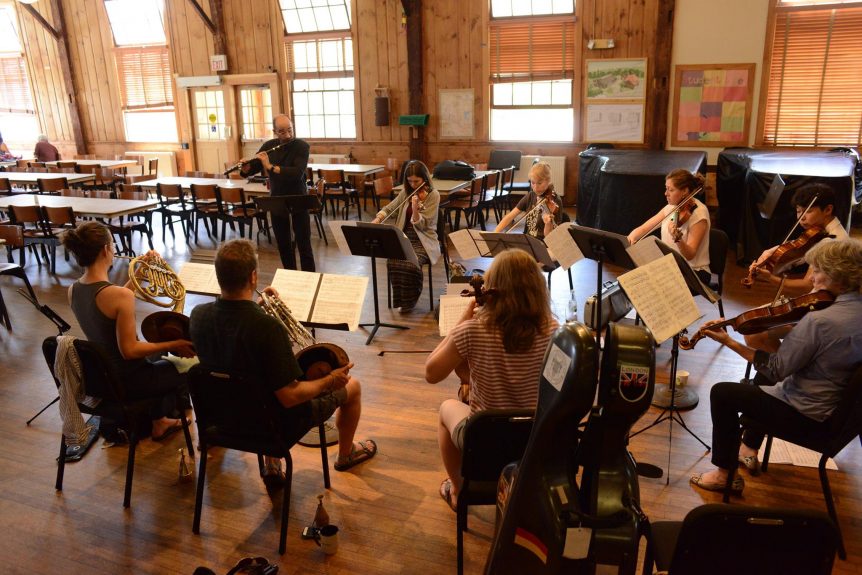 This summer at Marlboro I had the great pleasure of spending many hours on what I think are five of Pierre Boulez’s most beautiful minutes of music: his “Mémoriale” in the 1985 version written as a tribute to Ensemble Intercontemporain’s flutist Lawrence Beauregard. Mr. Boulez died early this year, and working on and performing this piece were beautiful ways both to pay tribute to his legacy and to remember all of the time I spent onstage at Severance Hall with him.

As a conductor, Boulez was graceful and very much a gentleman. A poker face, always listening, never flinching. He didn’t have to talk a lot about sound and color because he could transform the orchestra’s approach with his gestures.
I was at a few functions where we were seated next to each other for dinner. I discovered that he preferred his red wine with one ice cube, that he loved driving very quickly on the autobahn, and that he really enjoyed New Mexico, which is where I’m from.
I learned a lot from Boulez in the 20 or so years we worked regularly together. And I’ve played his Sonatine, a pivotal piece in the flute rep, a few times, including once for him. But I hadn’t yet played Mémoriale. I adore this music. I’m honored to have spent my summer with it, and glad that I’ll play it again in October at CIM.